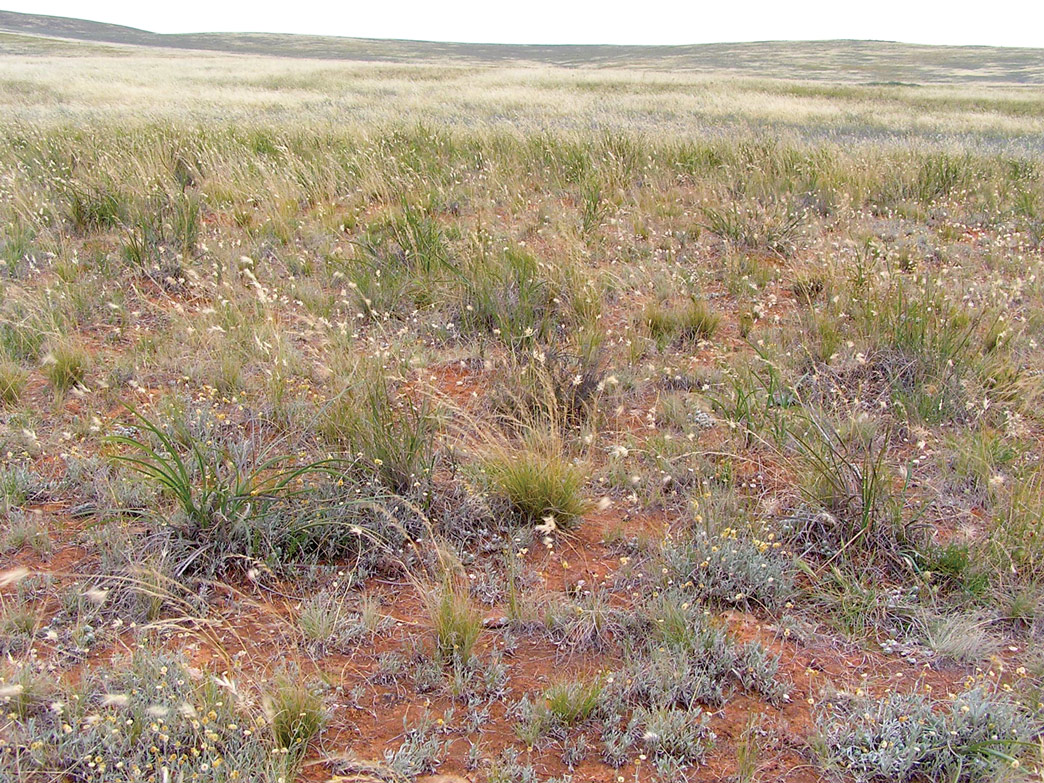 Iron-grass Natural Temperate Grassland of South Australia, occurs on gentle slopes of low hills, and in broad valleys with elevations from 50 m to more than 500 m, with the largest areas in the Lower North, Mid North and Upper North districts above 300 m. Iron-grass grasslands are different to the other grasslands of south-eastern Australia because they are often dominated, not by grasses, but by Lomandra species, known in South Australia as Iron-grasses. These are tussock-forming plants from the lily family (Liliaceae) that are present in other grasslands but not dominant. Closer to Adelaide, historical records suggest that the original grasslands were more dominated by Themeda triandra, but with similar mix of other species, including subdominant Lomandra species. Only isolated patches of these grasslands remain today.