Upland Wetlands of the New England Tablelands and Monaro Plateau 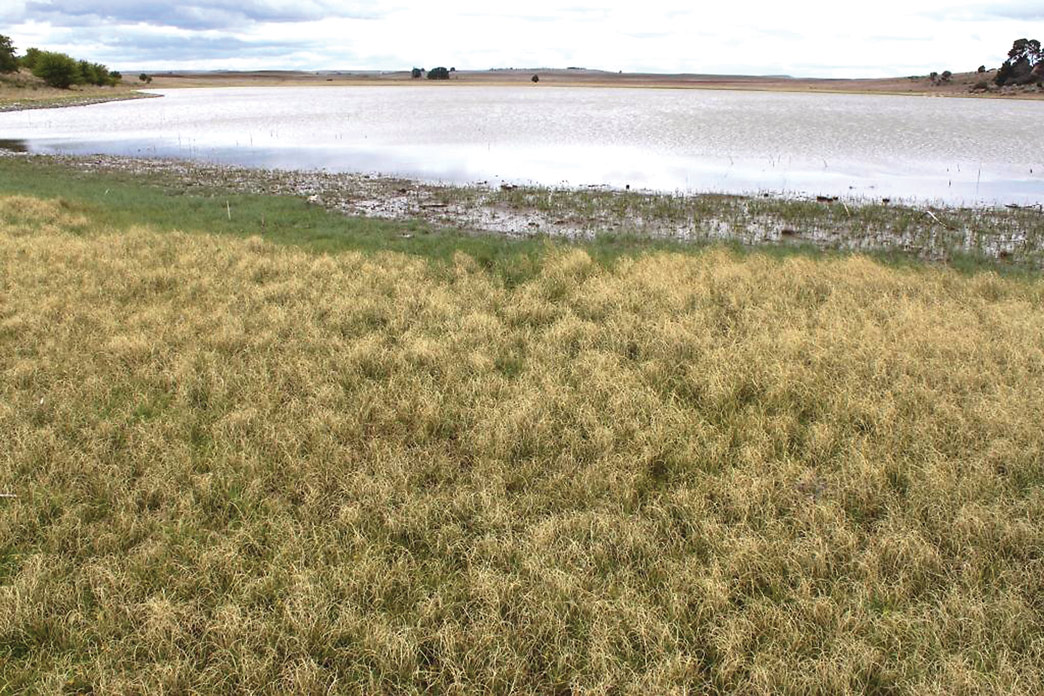 Grassy wetlands occur in depressions in the upland grassland regions in New South Wales and the Australian Capital Territory and cover approximately 1565 ha on the Monaro Plateau. Because upland wetlands are not connected to rivers or streams, the duration of water inundation depends on their catchment area, rainfall patterns and the degree of past and current disturbance, but it ranges from near permanent (rarely dry), through intermittent (seasonally dry) to ephemeral (occasionally full). Plant species diversity tends to be highest in the seasonally dry wetlands, because water levels protect them from grazing but are not so high as to exclude most species. Most of the wetlands are small (less than 10 ha) and situated in agricultural landscapes, which makes them vulnerable to threats such as damming, draining, grazing, trampling and fertiliser pollution.