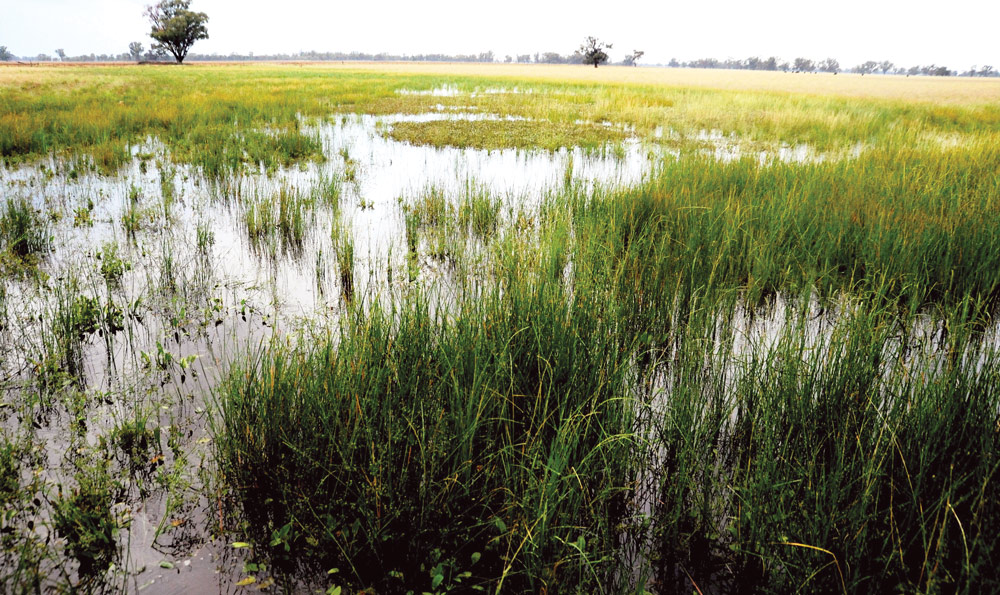 Shallow ephemeral wetlands containing grasses and forbs are common in drainage lines and depressions across the lowland plains of south-eastern South Australia. The hydrology of seasonal herbaceous wetlands is largely dependent on the interaction between winter rainfall and microtopography in the local area and, although the duration and frequency of inundation is therefore highly variable, they are normally submerged for up to a few months each year before drying out during summer. Trees and shrubs are normally absent from seasonal herbaceous wetlands.