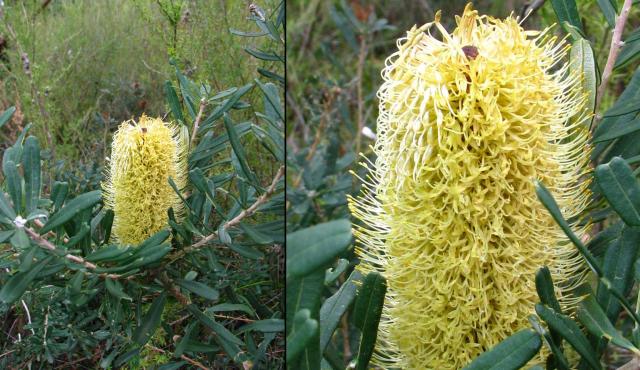 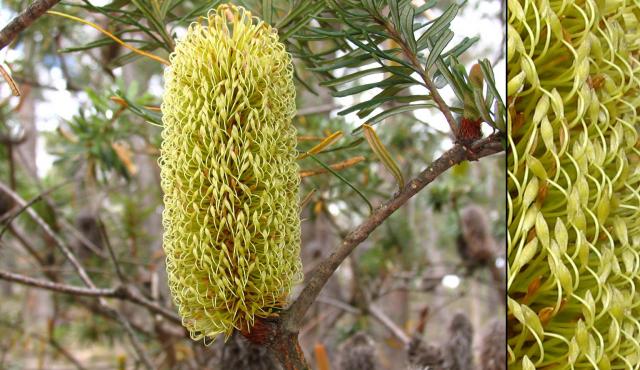 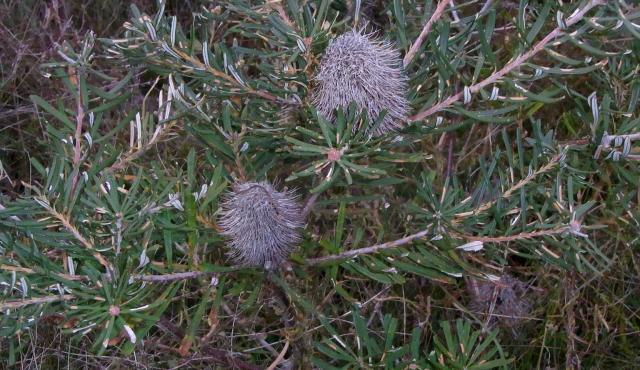 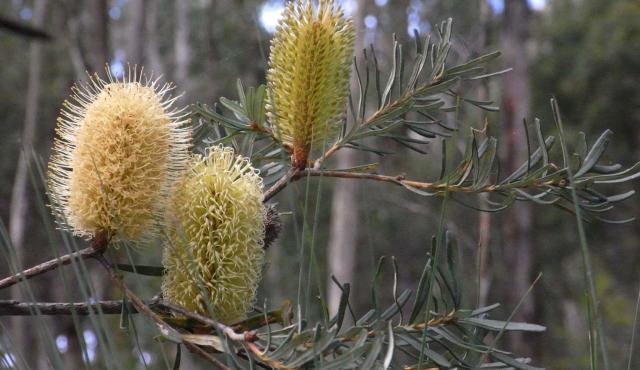 Shrub or a tree to 12 m tall. Thin, brown bark which is occasionally thicker on taller trees. Leaves are dark green on the upperside and white and hairy on the underside. Leaf margins are tooth-shaped. Pale yellow inflorescences arranged in pairs and densely packed into cylindrical cone-shaped spikes.

The seed is held in follicles and may sometimes be released only under high temperatures such as during bushfires. The flowercones of some species of Banksia was a source of nectar for Aboriginal people, and the dry flower cone was used as a strainer.